The future of Luke Shaw remains pretty much in the air now that the season is well underway.

The former England international began the campaign on the sidelines due to an injury, but eventually recovered and is at the manager’s disposal. However, all signs indicate Shaw simply does not count for Jose Mourinho. The Portuguese tactician has played Matteo Darmian, Daley Blind and Ashley Young on the left-back role, and the results have been surprisingly good. In fact, Young’s recent displays earned him a call-up to The Three Lions, and it does not seem like a stretch to imagine him with the England squad in the World Cup next year.

As for Shaw, he has only seen action in two Carabao Cup matches, coming off the bench in both fixtures. To make things more complicated, recent reports have indicated that Shaw’s relationship with “Mou” has become increasingly strained this season. Therefore, it seems United are keen to send the coveted defender on loan during the January transfer window. And while Shaw is certainly a talented player, there is no question is the best move for him in the short-term future.

There Is Enough Coverage To Replace Shaw

First of all, it’s not like United is sending a regular first-team player away from the club. Shaw has barely seen action during the current campaign. And considering he is only 22, he needs to play on a regular basis if he wants to progress and show the club he has what it takes to belong here. But playing time could be quite scarce. As we mentioned above, Young, Darmian, and Blind have all seen action on the left-back, left-wing back, and left midfielder roles.

Granted, none of these three players in a natural fit for the LB position like Shaw is. But if we consider Mourinho has been playing with a 3-4-1-2 system in recent weeks, then Shaw gets out of the picture all together. But selling him shouldn’t the route to go. He is still young, and loaded with potential. He just needs to play, and a six-month loan seems like the best bet for all parties involved.

Where Could Shaw Land?

The 22-year-old should have plenty of suitors as soon as he becomes available. Fans might have forgotten about him, but Shaw was considered one of the best young full-backs in Europe before suffering a gruesome injury against PSV in the UEFA Champions League during the 2015-16 season.

Southampton seems like the most likely team for Shaw if he leaves United. The defender wanted to join Tottenham, but the return of Danny Rose could leave him out of minutes despite the fact Mauricio Pochettino is a big fan of him. He needs to go to a team where he knows he will play on a weekly basis. And right now, Southampton seems like that team. But they are not the only alternative.

Practically any mid-table team could use his services. So we might get to see a bidding war unleash for the 22-year-old’s services. As long as he gets to play on a regular basis, both him and United fans should be happy. He is still good enough to be considered the left-back of the future on his team. He just needs to show he can get back to his pre-injury form. 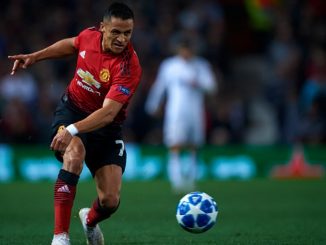 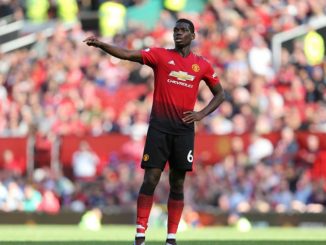