Manchester United remain quite active on the transfer market ahead of the January transfer window. And even though a left winger has been the priority for quite some time, it seems Jose Mourinho has changed his mind. Based on recent reports, the main position the manager is looking to bolster is the left-back role.

It certainly makes sense considering what he has on the squad at his disposal. Ashley Young has started over the past few weeks, but the former winger does not really perform well on the defensive end of the pitch. Matteo Darmian is better suited to play as a right-back. And Daley Blind performs better as a defensive midfielder, even though he can get the job done on the left flank. There is Luke Shaw, but Mourinho does not really like him. And he is lacking match fitness after suffering several injuries over the past two years.

Therefore, United have chosen their latest transfer target to improve the position. And he goes by the name of Aaron Martin.

Who Is Aaron Martin?

First of all, Martin is a natural left-back who currently plays for Espanyol in La Liga. He has been grabbing headlines in Spain due to his impressive displays, and he has even got consideration for a Spain call-up in the near future. At 20 years old, he has several years to improve his play before he can reach his peak. But the potential is there. And he could easily become one of the best in the world in his role.

Mourinho has taken note of his meteoric progression. In fact, the Portuguese tactician sent scouts to watch the Espanyol left-back in their game against Levante last Friday, and have asked to be kept up to date on the 20-year-old’s future plans. Manchester United need to move quickly on the market, though. Real Madrid and FC Barcelona have already asked about him, as he is viewed as the long-term replacement for players such as Marcelo and Jordi Alba, respectively.

Martin’s contract runs until 2022, so Espanyol are not eager to part ways with him. But on the same note, the Barcelona-based outfit accept they will lose their star defender sooner or later. On that sense, they might be eager to get something in return considering his value increases by day, but at the same time it will decrease once we get closer to the end of his current deal.

According to Transfermarkt, Martin has is valued around €10 million. But the Espanyol academy product could easily double that sum by the end of the season considering how good he has been. He is already considering one of the best young left-backs in Europe.

United should not waste time and submit a bid around the €20-€25M range. Otherwise, he will become more and more expensive. And it getting into a bidding war is not an ideal scenario. Especially if they can beat the competition and – potentially – sign him while he is still relatively cheap.

He has all the makings to become a world-class player in the near future. And there is no question he would be a great signing for the club. He is young enough to align on the same time-frame than some of the other stars on the team such as Marcus Rashford (18), Anthony Martial (21), Paul Pogba (21), Eric Bailly (23) and Romelu Lukaku (24). 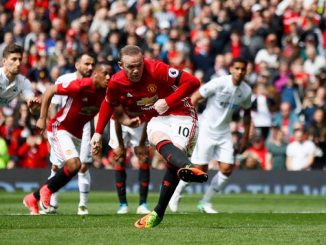 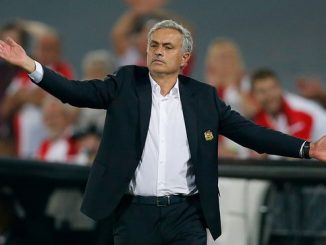