Before you start reading: hold your horses, everyone. Zlatan Ibrahimovic has not returned to Manchester United yet. And in fact, there has been nothing but initial talks regarding his return to Old Trafford.

But the one thing we CAN confirm is that the talks are real. United want Zlatan back, and the Swedish striker is interested in a return to the club. Jose Mourinho confirmed it during Friday, and we know Mourinho does not confirm rumours just for the sake of it or to grab headlines. If he said it, then United must be in deep discusions to re-acquire the former PSG star.

Mourinho confirmed the talks in a recent interview.

We are discussing the possibility of him to stay with us,” he admitted on Friday. “You know he’s injured, he needs time to recover, he’s not ready to play tomorrow. It’s not something urgent, that we are desperate to have it done or not done, I just think that he was very clear by showing what he did last year was not enough for him,” he said.

“He thinks he can do more and wants more at the highest level so we are having conversations and we are discussing the possibility of him to stay with us for the second part of the season.”

No one knows what Zlatan wants. But if the chance arises, then the club should do everything they can to bring him back. Even though he is 35 years old and coming off a serious injury, no one can deny his talent. And he would an excellent option upfront.

Can you imagine United subbing Zlatan and Romelu Lukaku on and off? That would be impressive as both are world-class players. And they would give Manchester United one of the top attacking units in Europe. After all, Zlatan proved he can thrive in the EPL after netting 28 goals and 10 assists in 46 matches across all competitions last term. But the Swede wants more. He said he wanted to win the Premier League on his arrival to Old Trafford last year. And United give him a good chance of doing so.

The Red Devils signed Victor Lindelöf, Nemanja Matic and Lukaku thus far. But bringing back Zlatan would be like adding a fourth summer signing. And if we consider players like Alvaro Morata cost nearly €100 million, the value on signing Ibrahimovic for free makes him even better.

As stated before, it remains to be seen what will happen with the talks between both parties. But if Zlatan wants to return and Mourinho wants him back, why wouldn’t he sign? After all, he always said he wanted to win the EPL. And if we have learned something about Ibrahimovic over the years, is that he doesn’t give up until he gets what he wants.

Zlatan’s desire to return is there. The value of his arrival is there as well. And the fans would love if he comes back. All signs indicate he needs to return to Old Trafford to finish what he started last season. And the club should do everything in their power to bring him back.

Zlatan might be past his prime, but he remains a world-class talent. And that’s what United needs to win the Premier League. 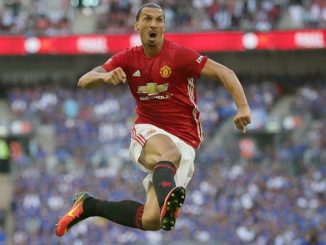 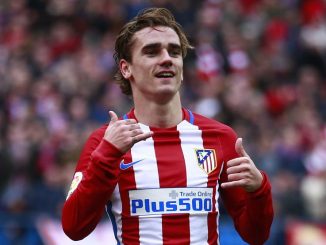