Manchester United failed again to pick up three points, after drawing 1-1 with West Ham United on Sunday afternoon. United went 1-0 down after Diafra Sakho hammered home a powerful header after a beautiful delivery from French playmaker Dimitri Payet. Zlatan Ibrahimovic, who was partly at fault for the opening goal, scored the equaliser with a well placed header after a superb pass by Paul Pogba. United’s French midfielder was booked for simulation midway through the first half, which led to Jose Mourinho being sent to the stands for a furious outburst at the decision. The United boss booted a water bottle in protest, which was reported by the fourth official to referee Jon Moss.

United piled on the pressure in the second half – but could not find that elusive winner. Mourinho’s men have now only won once (Swansea away) in the previous seven Premier League fixtures. United’s number two was full of praise for his side, despite the draw, and believes that the results will eventually come.

United were, yet again, unlucky not to come away with all three points as the home side’s misfiring strikers failed to make the difference. Marcus Rashford was guilty of squandering a one on one chance with Darren Randolph, who made an excellent stop. Henrikh Mkhitaryan, who impressed against Feyenoord in the week, came on in the second half and did beat Randolph – only to be foiled by the post. Jesse Lingard tapped in the rebound, but celebrations were short lived as the winger was in an offside position. With United wasteful in front of goal, the visitors could well have gone away with all three points – when former Red – Ashley Fletcher had a chance, but David De Gea stood strong to thwart the youngster.

All the talk was around Jose Mourinho being sent to the stands, again, for his conduct following Pogba’s booking. Mourinho’s number two, post match, proclaimed that his boss was frustrated with the decision and these things are part of the game:

“I think everyone saw his frustration was shown in a situation that should be a free-kick for us and finishes with a yellow card for Paul and out of the next match. There is a reason to express some frustration. After that, things that are part of the game and the referee took a decision. But it comes everything from that. I think everyone saw. It is part of the game. It was the referee’s decision.”

Faria also expressed his thoughts on the quality of United’s play throughout the match and he felt the home side should have won the game based upon the performance:

“It was a bit of the same, a bit of what we are having at home. We are playing well, we deserved to win, and we didn’t. We were the best team on the pitch and deserved much more than what we got. We dominated, created chances to win comfortably, but we are showing good things, the players are doing very well, the team is playing well and things aren’t happening.”

United host West Ham again on Wednesday, this time in the League Cup, and then travel to Goodison Park on Sunday to face Everton. It is unknown yet as to whether Mourinho will be in the dugout, or even the stadium, as the Portuguese manager faces a second touchline ban in his first thirteen games as United boss. 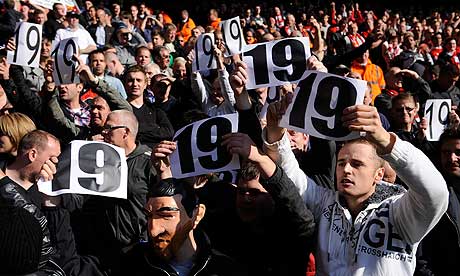