Ahead of the first leg, we enlisted the help of David Cartlidge to give us some insight into Real Madrid. This time, we’ve gone back to him loaded with some questions about what’s happened since that game and what could happen tonight.

How have the two wins over Barcelona affected the confidence of the Madrid players?

Massively. We’ve seen a huge shift in morale, confidence and general feeling around the whole camp. Training seems more positive, and in even in the press conferences the vibe is different. The victories were not any old victories of course; they were against Barcelona, and they were for the most part convincing.

How do you think Real Madrid will line up on Tuesday?

The only main sticking point is at centre-back. Raphael Varane, who could well have been a Mnachester United player at this point, has made it immensely difficult for José Mourinho to drop him. Sergio Ramos has only just gained his confidence and level back too, while Pepe is Mourinho’s most trusted player without a doubt. I’m saying that Varane will be benched, due to him having more nights like this in the future, and Ramos will pair up with Pepe.

Jose Mourinho seems to love building up a siege mentality, how much of an impact has the Casillas and Ramos row impacted him over the season?

A huge impact. I think the Casillas incident particularly was the final straw for many people closely associated with the club. The image of Madrid has been a concern for quite some time amongst those who have influence, how Mourinho was wielding too much power, the deterioration of the relationship with the media etc. Pepe’s show of defiance and support of Mourinho in light of the Ramos incident was stark, as much as Sergio’s own actions. As for Casillas, that was a bombshell quite frankly. His form had been poor, but enough to drop him and consider it as a serious problem? No. Others had been playing far worse. Casillas is seen by a part of the support as one of the last remaining beacons of a Madrid pre Portuguese influence, and is the captain, cantera boy, and pin-up/wholesome Spanish boy… so to speak. The whole thing opened up a cut that we all knew was there, but had been getting plastered over again and again. The problems on the field in terms of system, and psychological issues with motivation and such have had the most impact though.

Will Mourinho be fired if Madrid go out against Manchester United?

It was suggested by some good sources he would be – but this was before the Barcelona games. I think at this stage, things have changed and they’ll keep him until the end of the season.

Do you think Mourinho sees Rafael as a weakness and will try and exploit United’s right side?

I think Mourinho feels United’s midfield is the weakest area. Rafael is discussed of course perhaps due to lack of composure at times, but he’s made huge leaps in his progression and that is acknowledged. Midfield is the area Madrid will look to target, perhaps sensing a lack of personality there.

How do you expect Madrid to play? Pressing, knowing they have to score, or on the counter?

On the counter attack. They’ll allow United to move the ball, switch it from side to side, and put the first foot forward. Madrid will sit, and when in possession hit quickly through the transition. The confidence of the two Barcelona games in which they retained an excellent shape, will be key for them. In their stride, few teams are happier without the ball – Mourinho has made them like that, much due to the previous Barça contests over the years.

Mourinho once said that his time at Madrid would be a failure if he doesn’t win the Champions League. Do you agree?

I agree, completely. Madrid have been hunting this 10th CL crown for sometime, 11 years to be exact, and it would eat away at someone like Mourinho for as long as he lives. He’s built up so much at Madrid, for so long, and he’s been allowed to more than any other coach in their history. If he doesn’t win, it’s a failure, 100%.

He will surely be out of a job in the summer, either way, where do you expect him to end up?

Yeah, he probably will! I’m going to say PSG… failing that, United’s neighbours.

And who to take over at Madrid?

Carlo Ancelotti will be #1 target, after that Jürgen Klopp and Michael Laudrup. The last name, pace seems to be gathering more and more on that one.

Lastly, what will be the score?

United to win 3-2 on aggregate. 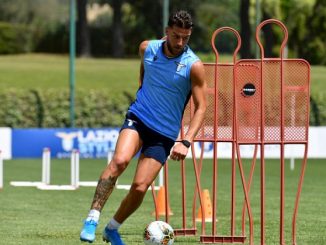