Manchester United have signed the in demand Wilfried Zaha from Crystal Palace for a fee thought to be in the region of £15m with at least £5m being made up by clauses and add-ons, subject to a medical. He will spend the remainder of the 2012/13 season on loan at Palace, but will join United in the summer.

Zaha, a product of Crystal Palace’s famed academy has already notched up over 100 senior club appearances and has a full England cap to his name, despite only turning 20 two months ago. He’s described as a tricky and pacey winger who can come centrally too. The word ‘raw’ will almost certainly be associated with some time as there are plenty of rough edges that need polishing but Palace fans seem sure that there is a good player who’ll emerge.

Wingers are notoriously inconsistent – they play in a role that gives them freedom to try new things and express themselves. United fans should remember that despite early frustrations with both Ronaldo and Nani, they, to differing degrees came good for the club. Zaha, already quite a good size for a winger will no doubt draw comparisons at times with both even if that puts an unfair burden on his shoulders.

Many will surely question the acquisition of a winger over certain other areas of the squad, notably the middle, but it’s easy to make a case for one being needed. Although this deal will only see Zaha play for United from the summer on, Valencia’s entire season has been close to a nightmare; Nani has been linked with moves away; and Young, like Nani, has had his fair share of injuries. With Giggs still predominantly used centrally rather than wide, it is the only area of the squad we don’t have two players per position for. When you look in the U21s too, there is no one there even close to breaking through out wide – in fact van Velzen is the only winger at that level for United, so another winger is needed. With a bit of luck, getting a winger signed up now can pave the way for a central midfielder to be our main summer addition.

United fans should take heart from the club’s policy when it comes to young players. We’re a club committed to signing youth to develop and as importantly, English youth. If we can’t produce our own, second best has often been to ensure that they are still homegrown by country – something that fans no doubt appreciate.

As with any young player, particularly one making a big step up, he will make errors along the way so some patience and support from the fans will no doubt be required when the press do their ‘writing off’ job, a bit like de Gea at the moment. Still, another young and talented player to join the squad is something to look forward to next season. 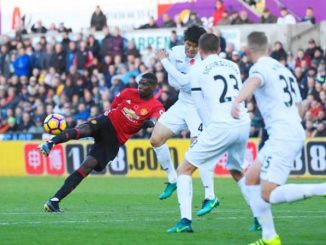 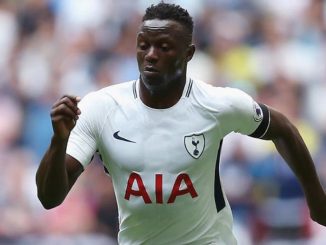