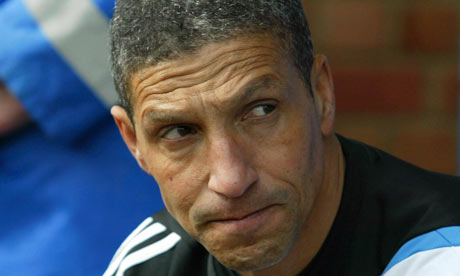 Premier League runners up Manchester United take on top division “new boys” Newcastle in their opening fixture of the new league season. The visitors will be bringing a couple of familiar faces with them, but no favours will be expected from the Magpies who held the Red Devils to a 1-1 draw in the same scenario two years ago.

The Toon Army will no doubt be rejuvenated by a successful promotion campaign, fearlessness and an injection of much needed passion and pride into playing for the club that was desperately lacking in that relegation campaign of 2008/9. The contest between the two sides on Monday night, then, represents a very different encounter to the last time they met in Manchester.

Even though the ownership has remained the same, Newcastle managed to keep hold of many of their bigger names last season, meaning promotion was a relative procession. There’s nothing quite like winning, though – their relegation was widely considered to be one of those from a team previously thought “too good to go down” who had gotten drawn into a bad run of confidence and form, but with that eliminated and a boisterous travelling support, the very least United (Manchester) should expect is a physically demanding 90 minutes.

A midfield with a selection Danny Guthrie, Kevin Nolan, Joey Barton and Alan Smith is as combative as it comes. But for Smith’s spell at Old Trafford we’d probably be looking at these opponents as the most despicable characters we’d come up against all season, while in Andy Carroll they have a cocksure homeboy wearing number 9 who, under considerable pressure following three high profile front line departures, impressed to help fire his team to promotion.

At the back, Monday’s game will come too early for Sol Campbell (probably), (making Ryan Giggs (again, probably) first in line to become the first player to have played in every Premier League season), but in Steve Harper they have another homegrown loyal keeper whose long term position as “understudy” to Shay Given was not reflective of his respectable ability.

But while Nemanja Vidic had better prepare to deal with a new elbow wielding Geordie number 9 (Vidic, of course is well schooled in this himself) and while the likes of Paul Scholes and Michael Carrick should probably wear re-inforced shinpads, the visitors own fearlessness will probably be more than matched by an eagerness from the hosts to set the record straight. Despite scoring more goals than the previous year and despite coming just one point from the top spot, United found themselves coming under criticism all summer. Few sides respond to a setback like United; no other side has the inspiring/terrifying presence of Sir Alex Ferguson drumming into them the importance of overcoming those setbacks.

That much was evident against Chelsea last week; I expect Ferguson to stick largely with the same team that beat the Champions at Wembley. Rafael’s long trip for Brazil in midweek (where he unfortunately didn’t win his first cap) will probably be factored in, and his twin brothers exceptional display at Old Trafford might persuade Fergie that Patrice Evra can be pencilled in for the Fulham game with the benefit of a few days extra training. United supporters (me included!) may be clamouring for Hernandez to start but I expect Ferguson to reward Berbatov’s calm display against Chelsea with a starting position here. Park started last week but with the opposing full backs far less imposing this time around, I think Nani will be given the nod. Fletcher will be included to help stifle the sting in the opposition midfield while I expect Michael Carrick to partner him, with Paul Scholes and Ryan Giggs waiting on the bench if a plan B is needed.

In terms of predicting a score, well, United are notoriously “slow starters”, but the last time they really exploded was coincidentally after the last World Cup when they had finished the previous season as runners up to Chelsea. I don’t expect a 5 goal repeat of the Fulham romp and I even suspect Newcastle might catch us cold early on, but nonetheless our superior quality throughout the team (without wishing to sound dismissive) should see us register 3 points. I’m going for a 3-1 scoreline, with Berbatov getting among the goals.