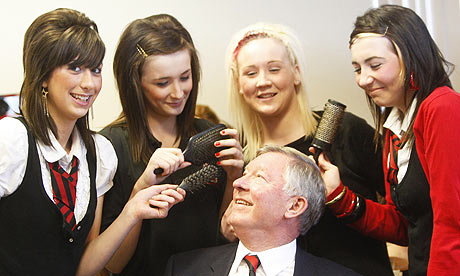 One thing we need to take advantage of over here at Stretford-end.com is the amount of statistics that we have at our disposal. After every game, Yolkie and I update our records so that you have the most up to date Manchester United statistics possible. As we are now in the final third of the season (or squeaky bum time – whatever you’d like to call it) I thought we’d run off some statistics regarding when we are at our most dangerous in terms of scoring.

Would you be surprised to know that we are a second half side? Not really – its been that way for a long time, however would you be surprised if I told you that an enormous 67% of our goals came in the second half (55 out of 82 so far)? Or that United are at their most lethal between 51 minutes and 70 minutes, scoring 23 goals? United are least likely to score right after half time, where only three goals were scored compared to 7 just before half time?

Tell you what, graphs explain statistics better than I can, 87% of people know that:

Chart showing which half United are likely to score in: