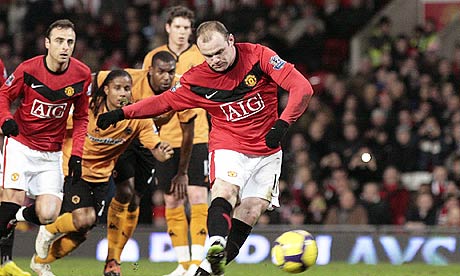 I wrote yesterday regarding Derek McGovern of the Daily Mirror and how he is the worst journalist in the UK.

Today he cemented the position in his latest column by declaring in all seriousness that both Tottenham and Wolves have better teams than Manchester United. That’s Premier League Champions Manchester United, League Cup holders, Champions League finalists and (for the moment at least) World Champions.

Naturally, something had to be said because presumably whoever is in charge of editing at the Mirror is either missing McGovern’s rabid scribes or is being slipped a crafty tenner. So, we emailed them.

I have been following your website and newspaper for around a year and a half now ever since I was given a gift of a book containing the history of the club I support and it contained newspaper clippings from your paper reporting on the numerous big moments in the clubs history.

As a contributor to a fan-run internet resource for Manchester United fans one of my “duties”, if you like, is to take a keen interest in editorials and media opinions. A couple of months ago I came across an article written by someone called Derek McGovern.

Here is the first article.

It clearly is poorly written but that’s a side point, I presume Mr McGovern is paid for his work and refers to (I presume, anyway) Wayne Rooney as “Shrek”. It seems to be common knowledge that Mr McGovern is a Liverpool fan and in other “columns” he has gone to great lengths to state his belief that Liverpool would “win the Champions League” while continuously saying Manchester United (the only consistent target for his vitriol) are over hyped and are generally a poor team.

Of course people are entitled their opinions. But imagine my surprise to see two articles in a matter of days, the first criticising the award of BBC Sports Personality of the Year to Ryan Giggs because in his opinion Giggs has “done nothing” in 2009.

Fair enough if that’s an opinion but the player has won a record number of league titles, won a league cup, was considered the best player by his peers last season and looks like he might again this season, and made his 800th appearance for the club he has supported as a boy. All of which make him a candidate worthy of the award – certainly however there doesn’t seem to be anything in the award that would provoke such a rabid response.

I concur that there is of course a reasonable argument for why he shouldn’t have won the award however that seems to be lacking in the article.

That article can be found here.

And today, he has written (as if it needed saying) that he has made a “concious decision” to back against Manchester United around 6 weeks ago – what seems like an incredibly knee jerk style reaction to the poor form of the team he was following, and uses his column to declare that Tottenham and Wolves both have better teams than Manchester United – no matter how objective you look at it, with the greatest of respect, no member of the British public would truly agree with that, and again, McGovern’s anger seems to be down to the fact he wasted money on a bet and that Manchester United won.

In fact it is a rather worrying indicator of either the level of intelligence of Mr McGovern or the irrational mindset in which he writes his articles.

That article can be found here.

Hardly the kind of content that a national newspaper that should reporting, is it? Fortunately I haven’t paid for any of the newspapers since the one with that first article in November and I won’t be doing so again.

As a consequence of reading all of the above I do have a number of questions that I would be grateful if you could kindly answer.

1) Does Derek McGovern get paid for the columns such as the three above? I don’t want to know how much.

2) Does Derek McGovern actually have any qualifications whatsoever?

3) Do the articles he writes have to pass through any kind of editorial assessment?

4) Are his pieces actually intended to have any degree of seriousness whatsoever or am I and many other United fans who read them missing the point and is he actually performing some kind of double bluff?

5) Is the newspaper actually aiming for the lowest common denominator in terms of its demographic target?

I understand this email has probably come through to a general feedback area; I would be most grateful if you could forward this to a relevant editor or even Mr McGovern himself.

The questions above are totally serious; as an adolescent my ambition was to be a journalist and although I pursued other career paths writing has always been a passion of mine; something that in part has led to me writing for a fan-run website and I would be appalled if I ever wrote anything as ridiculous, childish and fundamentally bereft of any worthwhile “reporting” worthy of the name as Mr McGovern’s articles. However now I know how easy it is to get into sports journalism it would be handy if you would let me know if you have any jobs going!

I anticipate your response (either by email or through our website)